The next generation rocket engines will be tested on this new 300 foot tall NASA test facility developed to simulate altitudes of 100,000 feet during testing. M & D is installing several miles of high pressure steam from the chemical steam boilers to the structure, cooling water from the site Industrial water system, and fire suppression piping for the facility. Piping sizes range from ½” to 66” diameters. Also included in M & D scope of work is a 1000

M&D Mechanical Contractors, Inc. has subcontracted from Turner Construction Company the fabrication and installation of all cooling water piping on the Mississippi Silicon project in Burnsville, Mississippi. This fast-track project is the first new silicon metal production facility to be built in the United States in the last forty years. M&D’s role is to shop-fabricate all Owner-furnished cooling water piping components, including supports, and deliver to the jobsite for installation. Pipe sizes range from 24” at the cooling tower and pump house to approximately 39,000 feet of 1-1/2” piping to the submerged arc furnaces. All piping dimensions are field-verified prior to the production of piping and support drawings by our in-house CAD department and subsequent release to the pipe shop for fabrication. This is an extremely challenging project due to the compressed schedule, the relatively tight working conditions and the coordination required among the other contractors and trades people.

For more information about Mississippi Silicon, visit the company site at www.missilicon.com.

HP jockey pump complete with building structure, electrical and controls to maintain pressure on the site industrial cooling water. The project is scheduled to be complete in late 2012.

Project Update: M&D Mechanical Contractors was awarded its 5th task order with NASA at the Stennis Space Center in Mississippi on March 30, 2012. This $6.7 million dollar award is to complete the cooling water piping for the new A-3 Rocket Motor Test Stand that is scheduled to be completed and operational by 2014. M&D has been working on site since April of 2010, installing cooling water, steam piping, and fire suppression for the test stand. “The challenges of installing this much pipe in an open structure that is 300 feet tall has been overwhelming at times” states Joel Ellis, Project Manager. M&D is currently scheduled to complete its work on the new test stand by April 2013. 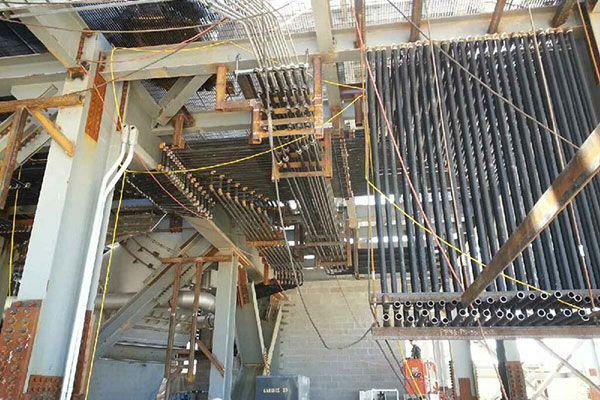 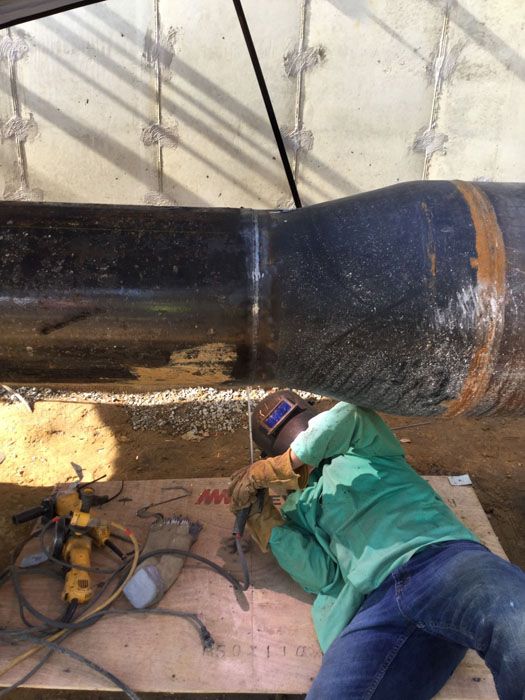 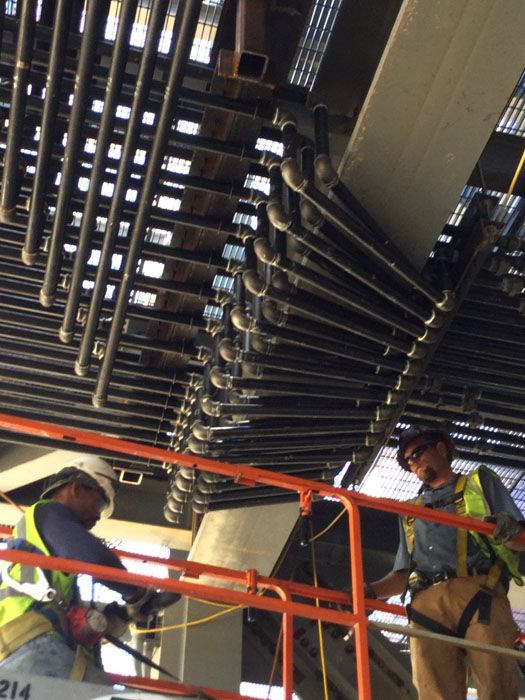 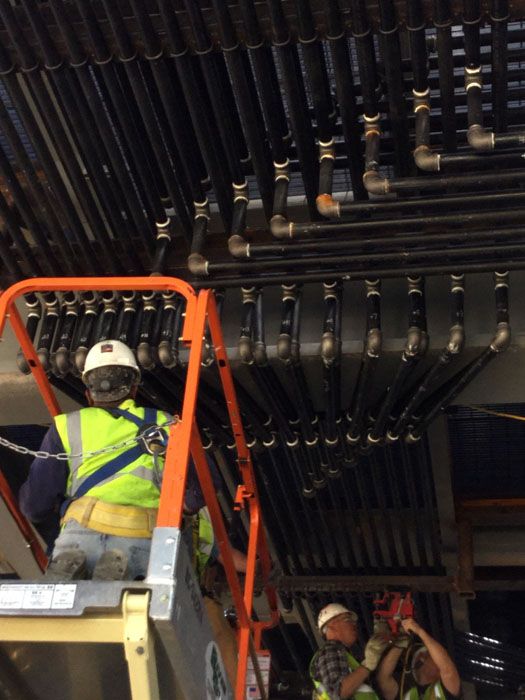 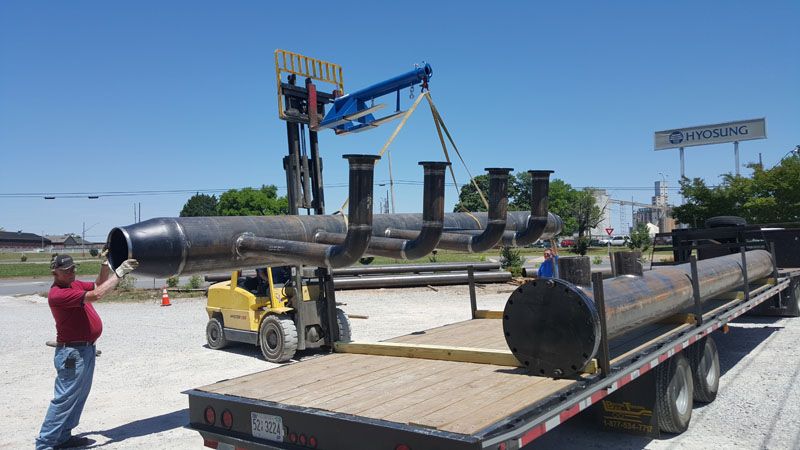 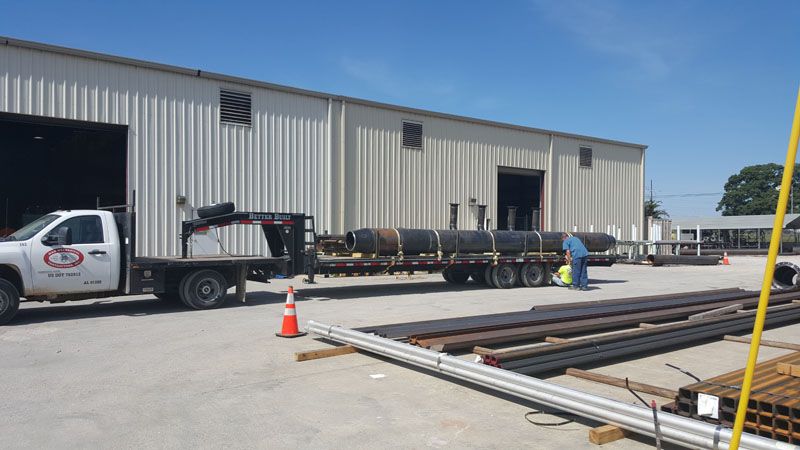 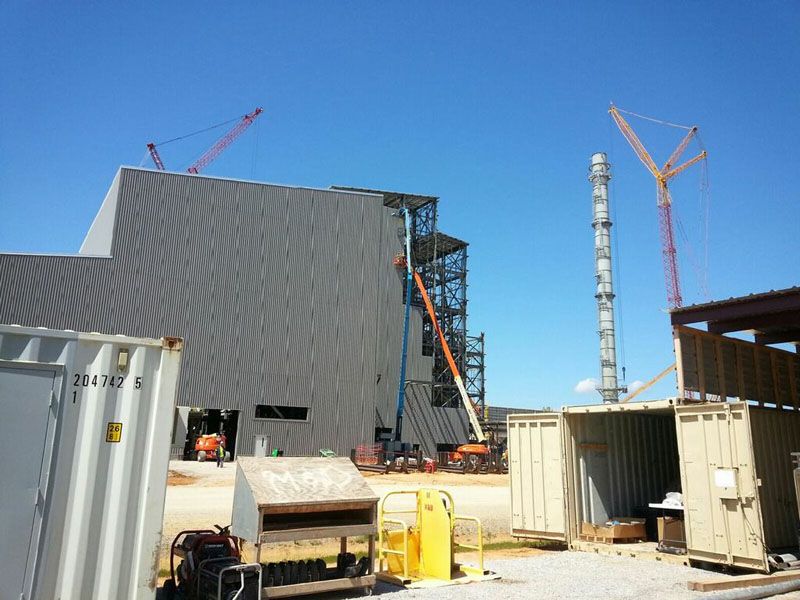 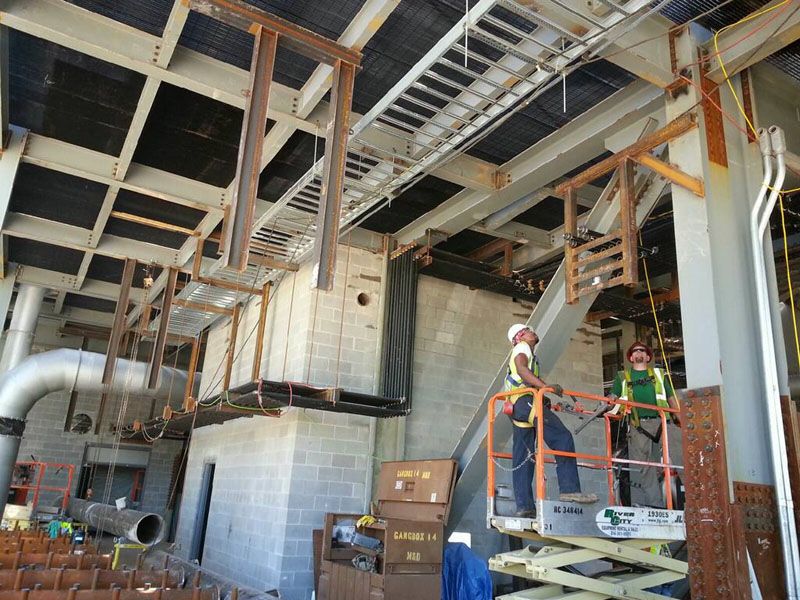 This email address is being protected from spambots. You need JavaScript enabled to view it.
AL #01288

Stay connected with us through our quarterly e-newsletter.

We'll share the latest employee and company news, as well as some of the projects we are working on.